“an artist well worth paying attention to”

Ann Arbor based songwriter and Michigan Emmy recipient Kitty Donohoe is not an Irish or Celtic singer, but she clearly draws from that part of her heritage, as well as her American roots, as an artist. Iconic WFMT-Chicago folk dj Rich Warren calls Kitty “far above and beyond most singersongwriters.” She writes music that has been called “earthy, luminous and compelling” (The Weekender) and she’s been praised in the press equally for her voice, her musicality, and her songwriting. Sing Out!, one of the oldest and most respected folk music magazines in the industry, says that Kitty is “ one of the rare singer-songwriters to sensuously weave words and melody into a strong and mezmerizing fabric.”

Over the years Kitty has opened for a variety of artists, from Doc Watson to David Bromberg, from Bruce Cockburn to Cheryl Wheeler – and in 2008 she and sideman David Mosher took the stage at an Obama rally just before Bruce Springsteen. Already known for years for her songwriting, Kitty’s visibility escalated to a much bigger world when she wrote a song called ‘There Are No Words’ on September 11, 2001. In addition to the Emmy Kitty received for the song, it’s been featured in a documentary, which led to her singing it live at the Dedication of the Pentagon 9/11 Memorial in 2008 – an experience that she calls “profound.”

Growing up in a large, creative family outside of Detroit, Kitty started ‘making up songs’ and playing the piano at a young age, then graduated to the guitar in high school, when she began going to coffeehouses and open mic nights, bringing the guitar and her own songs. When she became involved in Irish music Kitty bought a cittern (a large mandolin), and she still primarily plays guitar, cittern and piano. Kitty is a solid solo performer, and also often brings multi-instrumentalist David Mosher to her concerts, where he backs her up with guitar, fiddle, mandolin, and vocals. And although some of her originals may sound like they were written 100 years ago and others are clearly contemporary, one thing is certain: with or without a band behind her, Kitty’s striking voice carries it all, delivering each song with power and emotion.

Never a traditional music purist, Kitty has been integrating trad instrumentation into her original music – even bluesy or torchy songs – since her first album, ‘Farmer in Florida’, recorded in 1986. She’s been often cited by reviewers with having the “ability to merge instinctive pop sensibilities with a solidly traditional base” All Music Guide. On her most recent album ‘Northern Border’, for instance, Kitty’s song ‘Kid with a Gun’, clearly having a very current theme, opens with haunting uilleann (Irish) pipes, which also weave throughout the dark lyrics and melody. Or in ‘Come on Girls,’ where the melody dives into the traditional fiddle tune ‘Tar Road to Sligo’, then comes back out to finish the song. Of that approach to writing and recording Kitty says “I don’t really think about it all that much. It just comes through like that and it makes sense to me musically.”

Her other CDs, ‘As Sparks Fly Upward’, ‘This Road Tonight’ and an all-Michigan family project called ‘Bunyan and Banjoes’ have each brought her more acclaim as a songwriter and musician. Although Kitty’s fan base grows with each CD, her song written on 9/11 called ‘There Are No Words’ brought her world-wide attention when friends and fans insisted she record it after hearing her sing it a few days after the attacks. Copies of the CD made their way from other hands to radio stations, families, and the media – and in June 2002 Kitty was presented with a Michigan Emmy for the use of her song in a Detroit NBC station piece on the events of 9/11. [For more on ‘There Are No Words’ please click here TRNW]

Another avenue that Kitty is developing is that of a composer for films and soundtracks. Her music has been used in some short films and documentary’s and she’s looking forward to advancing that part of her work. Kitty says “I’m extremely melody oriented. There’s almost always some tune going through my head that I want to use somewhere. I think it would be a blast to sit down and score music for film projects.’

In the late 80’s Kitty made the decision to stop touring to spend more time with her family. In that time frame she developed programs focusing on Michigan and the Great Lakes that kept her busy for years in schools and libraries around the state. A lot of the songs she wrote for those programs – which have a very folky, traditional feel to them – are still used extensively by teachers in elementary curriculums.

Kitty is known as being a warm and natural performer, but she was very shy at the beginning of her career and credits lots of “getting out there and doing it” with helping her find her comfort level on stage. It was also a big help to be offered opening spots for well-known artists such as Steve Goodman and Tom Paxton, for both the exposure and for the chance to watch how they handled an audience night after night. Over the years Kitty has opened stages for a wide variety of artists, like Doc Watson, Bruce Cockburn, Tom Rush, and many others. And in October 2008 Kitty and David Mosher took a turn on stage at an Obama rally just before Bruce Springsteen.  Kitty has performed in countless clubs and festivals around the country and in Canada.

The Lansing State Journal say’s Kitty “can set an audience on fire.”

Kitty grew up in the suburbs of Detroit, the oldest daughter of a non-Catholic Irish American family of 8 children. The Donohoe kids were all avid readers and from an early age Kitty would revel in the wonder of words, often writing her own stories and poetry and entertaining her younger siblings with made-up tales. The family’s reading habits really soared when their father threw away the television set and bought their mother a Baby Grand piano. Until starting her family, Kitty’s mother had studied classical piano and voice, mostly playing only when everyone was in bed and she had some time to herself. Kitty says, “I was about 10 or so when I realized that not everybody went to bed listening to Mozart and Schubert. I would lay for hours letting the music drift over me – and I suspect that has a lot to do with my sense of melody today.” A friend in high school gave Kitty a book by Ray Bradbury and she was entranced with his use of words and imagery, which started her on a path of more serious writing, of both poetry and songs. As well as being excited by the emerging folk scene of the 60’s, Kitty was equally influenced by music on the radio, and she went through eras of loving Motown, the blues, the British Invasion, California country rock and bluegrass. And Kitty learned to sing by singing – in choirs, belting along with records, and by being the ‘girl singer’ in bands. Kitty picked up the guitar at 16 and, tapping into her innate ability to rhyme and make melodies, her original songs began to take shape and she was soon going to open mic nights and local  coffeehouses. “There was an aura of excitement and learning in those days. Everybody was having fun, singing out loud, sharing what we knew, learning to be on stage.”

Always aware of her Irish roots, Kitty left home for Nova Scotia at 19 and discovered traditional Celtic sounds for the first time. The fiddles, accordion and whistles inherent in Maritime & Canadian music felt very familiar to her, and a few years later she moved to the Corktown (Irish settlement) area of Detroit, living just one block from the Gaelic League, which featured touring Irish bands 7 nights a week. Kitty and her friends rarely missed a night! At that point Kitty began to explore traditional music from the British Isles, moving backwards from folk-rock bands like Steeleye Span to earlier, old-style solo artists. By the time she recorded her first album in 1986 she was dipping into the well of her musical heritage by integrating traditional instruments with some of her original songs.

Throughout the years Kitty has collaborated with other artists to tour and perform. Among those groups is the ongoing Ann Arbor-based songwriting group The Yellow Room Gang , and a now-defunct trio she formed with Jan Krist and Claudia Schmidt, called The Biddies. She was also a founding member of a very popular Irish acoustic-rock group in the 90’s called Pub Domain ( now gone, too). Kitty and Jan have recently teamed up with fellow Yellow Room Gang partner Annie Capps to perform as a trio called Sweethearts of the Yellow Room. “We’ve all become great friends in YRG and I’m really looking forward to working with two of my favorite people!” East coast folk artist Sally Rogers recorded two of Kitty’s songs in the 80’s, which brought her music to a wider audience. To date over a dozen artists have recorded Kitty’s originals, and Paul Stookey, of Peter, Paul & Mary, was regularly performing ‘There Are No Words’ for some time.

Since the late 80’s Kitty has recorded 6 CDs, all to critical acclaim. [Please click here for more info] 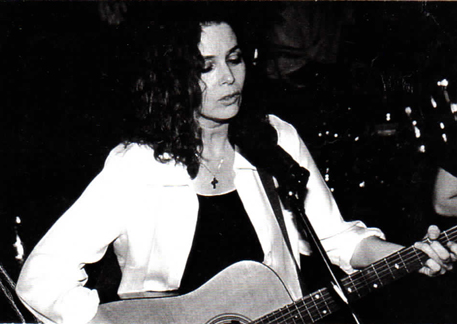 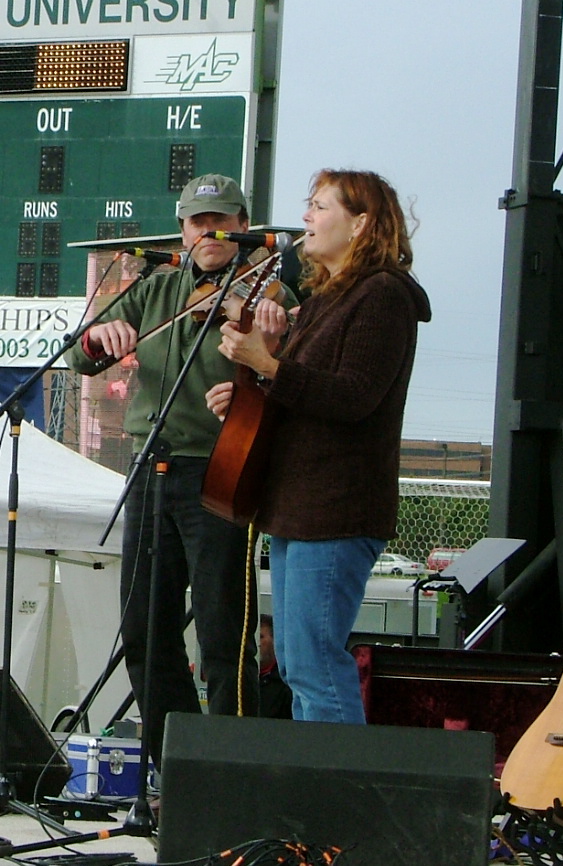 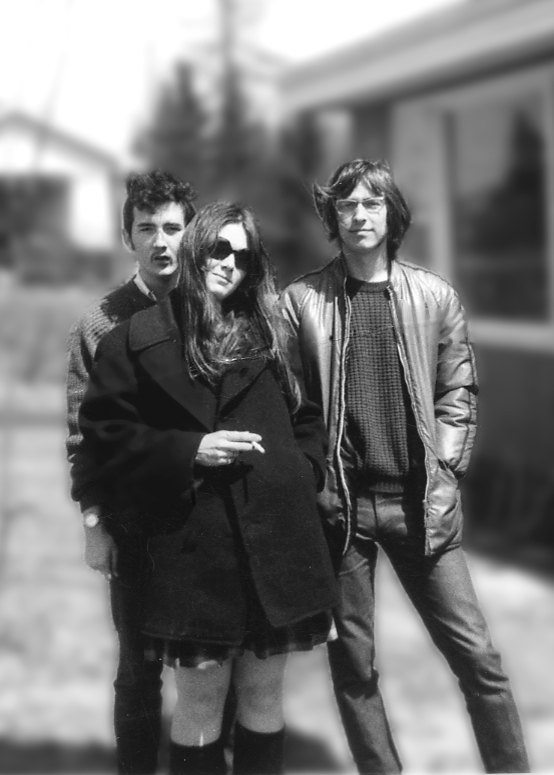 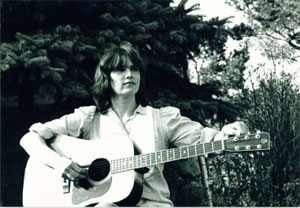